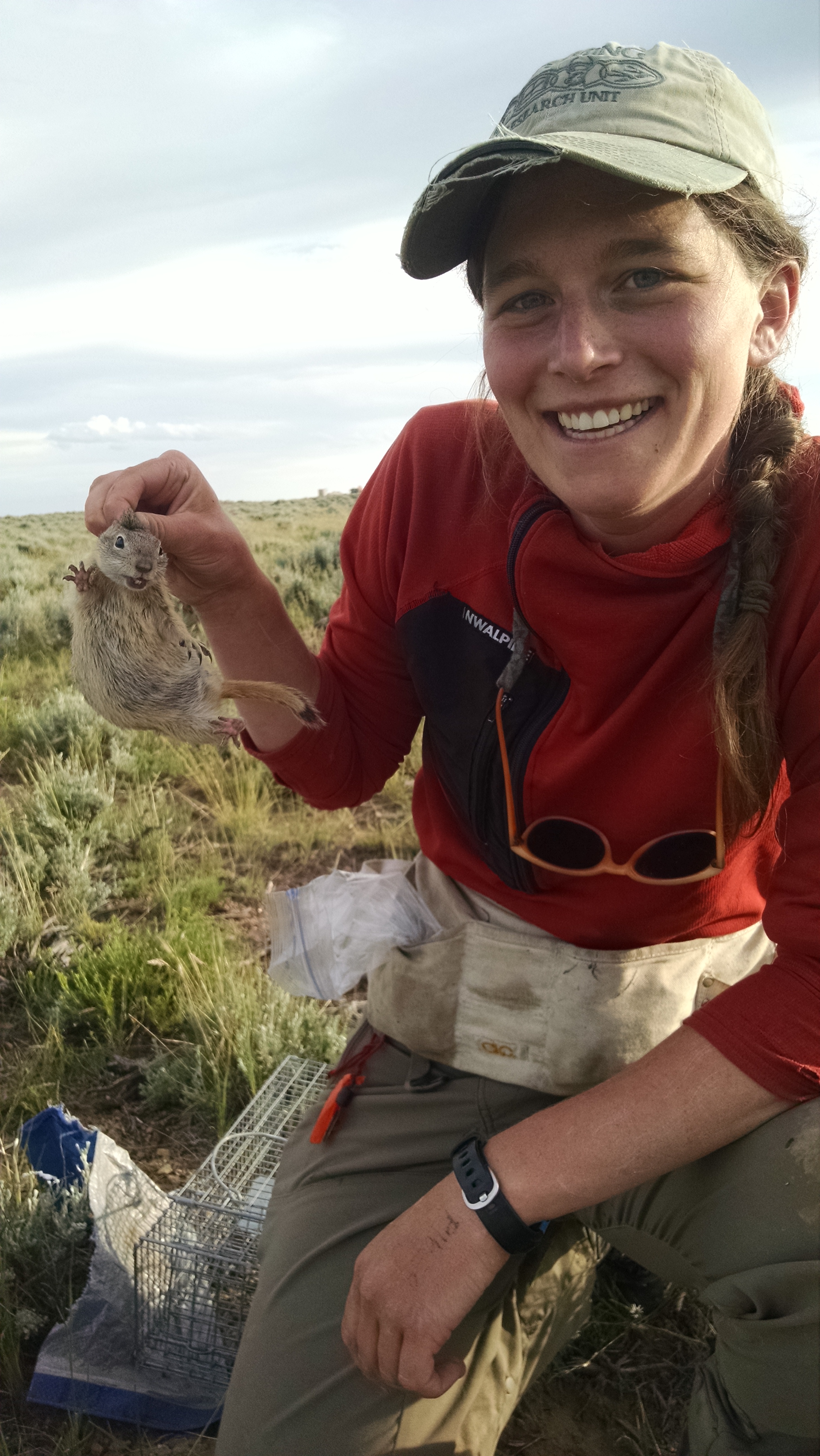 Lindsey is a Research Scientist in the Chalfoun Lab at the University of Wyoming, based in the Cooperative Fish and Wildlife Research Unit, currently working on a ‘post-masters’.  She is generally interested in community ecology, landscape change, and mechanistic research, specifically in improving our understanding of how wildlife species and communities respond to human-caused habitat change in its various forms.

Originally from California, Lindsey received her B.S. from UC Berkeley in Environmental Science. After undegrad, Lindsey worked on a variety of wildlife projects across the western US, including researching endangered piping plovers and least terns on the Missouri River, American pika habitat use in Wyoming’s Wind River mountains, Sierra Nevada red fox population distributions, and woodpecker habitat selection in burned forests of northern California.

She received her master’s degree from the University of Wyoming in 2017, studying the potential mechanisms driving decreased nest survival for songbirds on natural gas fields.  As a research scientist, she now studies how songbird productivity is affected by weather variability, with implications for population-level responses to future climate scenarios. Learn more about her master’s research and current research.

Read more about Lindsey’s background and research at her professional website.

Backpacking in to access field sites in the Sierra Nevada

Lindsey outfitted for checking gill nets in one of the Sierra's alpine lakes. Non-native fish are being removed from these lakes to restore Mountain Yellow-legged frog populations

An America pika in the Wind River Range, WY

Lindsey banding an orange-crowned warbler in the Sierra Nevada

A greater prairie-chicken female outfitted with a VHF transmitter for later relocation.

Carlisle, J., L. Sanders, A. Chalfoun and K. Gerow. 2018. Raptor nest-site use in relation to the proximity of coalbed-methane development. Animal Biodiversity and Conservation, 41(2):227-243. PDF