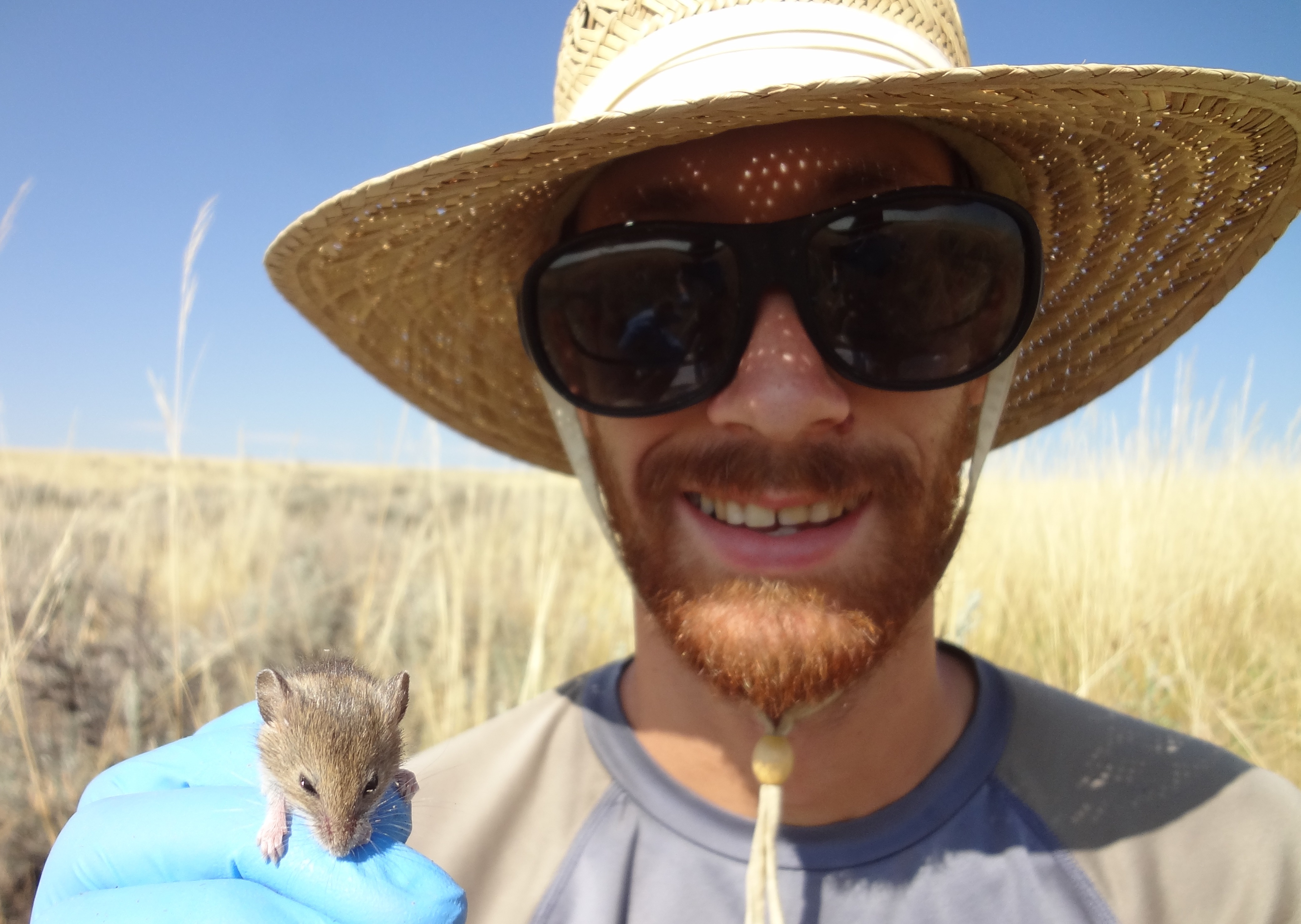 I graduated from Plattsburgh State University, NY in 2008, majoring in both environmental science and philosophy. After graduating, I spent 4 years gaining experience with a variety of taxa and ecosystems throughout North America. I have worked with small mammals and Lyme disease ecology in New York, raptors, bighorn sheep and Canada lynx in Colorado, birds and mammals in interior Alaska, and ferruginous hawks in Wyoming. These experiences led me to pursue a master’s in wildlife biology in the Chalfoun Lab of the Cooperative Fish and Wildlife Research Unit.

My research focuses on how habitat alteration by invasive species influences populations and communities of native wildlife. Specifically, I’m studying how the invasion of an exotic grass (cheatgrass) affects grassland and shrubland small mammals.
Click on my project page link for more details.