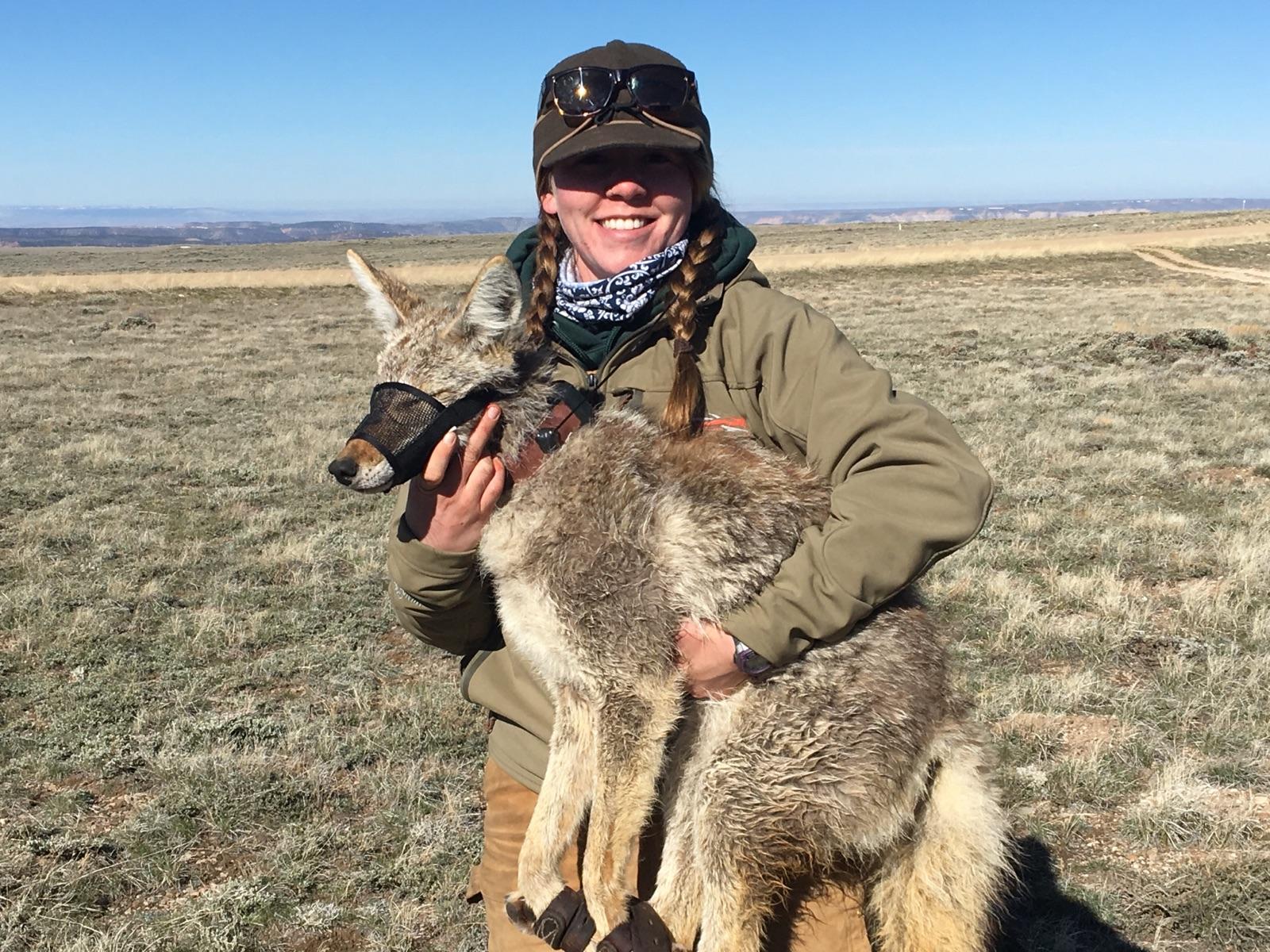 Katey is currently a MSc student in the Cooperative Fish and Wildlife Research Unit at the University of Wyoming. She grew up in northern Idaho and attended the University of Idaho for her undergraduate degree and graduated with a BSc in Wildlife Resources in May 2016. During her time at the University of Idaho, she worked on a variety of projects ranging from harvester ant colony research to elk survival and recruitment. After graduating from the University of Idaho, she worked as a technician on the Deer-Elk Ecology Research Project before she began her MSc in the fall of 2016. Her project focuses on nutritional and reproductive ecology of elk, including calf survival and cause-specific mortality, and quantifying the effects of coyote demography, behavior and space use on survival of neonate mule deer and elk in southwest Wyoming.

Katey with a male coyote captured in April 2017

Katey and Tayler LaSharr with an elk calf for the DEER project.