Disentangling the effects of predation, nutrition, and habitat on survival of neonatal mule deer

Population trends in mule deer throughout the Intermountain West have the reputation of being volatile, and fluctuations in population numbers are often observed. Such trends can make management of this iconic species challenging, primarily because the factors regulating populations are difficult to identify. Recent, comprehensive research has identified habitat quality, winter severity, and drought as important factors that are currently limiting some mule deer populations in the West, while others also have identified the additive and interactive role of predation. Thus, the contentious debate between bottom-up (i.e., habitat driven) and top-down (e.g., predation driven) regulation of populations is ongoing.

Mule deer populations in the Wyoming and Salt River Ranges of western Wyoming are no exception to west-wide trends in mule deer abundance. In the early 90’s, the population experienced a dramatic decline from and estimated 50,000 to 25,000 animals. 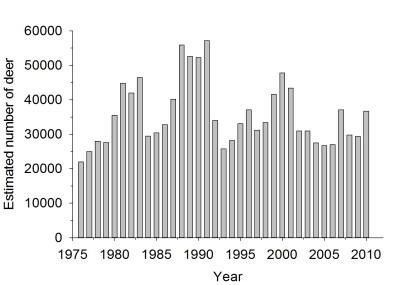 Although such a dramatic population decline is alarming, what is most disconcerting is the failure of the population to bounce back to historic numbers. This enigmatic trend is cause for contention among managers, hunters, and wildlife enthusiasts with regards to which factors are most responsible for regulating this population; thus there is a need for comprehensive research aimed at disentangling the influence of predation, habitat, and climate on the Wyoming Range mule deer population.

Adult survival and pregnancy of female mule deer in the Wyoming Range is typically high. Consequently, population dynamics are believed to be driven by survival of young. Given the reliance of young on their mother for the first months of their life, there are many indirect and direct effects underpinning their survival. The mother’s nutritional condition, habitat quality, predation, and disease can act independently or interactively to influence survival of young. For example, although predation may be the proximate cause of fawn mortality, young born to mothers in poor nutritional condition (i.e., low body fat) may have low probability of surviving because their mother lacks the ability to properly provision their young and thus, nutrition is the ultimately responsible for the loss of the fawn. Conversely, predation can operate independently of nutrition and have significant impacts on survival of young, making mortality additive and directly tied to intensity of predation.  Through our research, we aim to disentangle the relative influence of predation, nutrition, and habitat on fawn survival.

In March 2015, we fitted 73 female mule deer from the Wyoming Range with GPS collars. For the following two years, we will recapture collared adults to collect individual-based data on seasonal changes in nutritional condition (i.e., % body fat) and reproduction. We also will capture and collar fawns of collared adult females and monitor fawn survival. As fawn mortalities occur, we will identify the specific cause of death (e.g., predation by black bear, disease, malnutrition, etc.). With these data, we will evaluate the relationships among habitat conditions, maternal condition, predation, disease, and fawn survival. This will allow us to disentangle the relative contributions of the different factors that regulate mule deer populations in the Wyoming Range.

Our results will contribute directly to management and conservation of mule deer by explicitly identifying the factors that are most influential in regulating this population and thus, characterize future expectations for population performance and identify which factors can be modified via management to have the greatest influence on the population.

We use ultrasonography to measure fetal rates.

Most does are pregnant with twins resulting in high fetal rates for mule deer of the Wyoming Range and Pinedale Anticline Project Area.

We fitted female deer with GPS collars and VITs (vaginal implanted transmitters) to identify timing and location of birth.

To assess nutritional condition of mule deer mothers, we use ultrasonography to measure rump fat.

For each captured fawn, we collected data on weight, age, and morphometrics.

We fitted each captured fawn with a VHF-radio collar to track survival.

The cause of death is not always obvious, but after thorough investigation, this fawn was determined to have died from malnutrition.

Interagency collaborations are crucial for the success of our project. 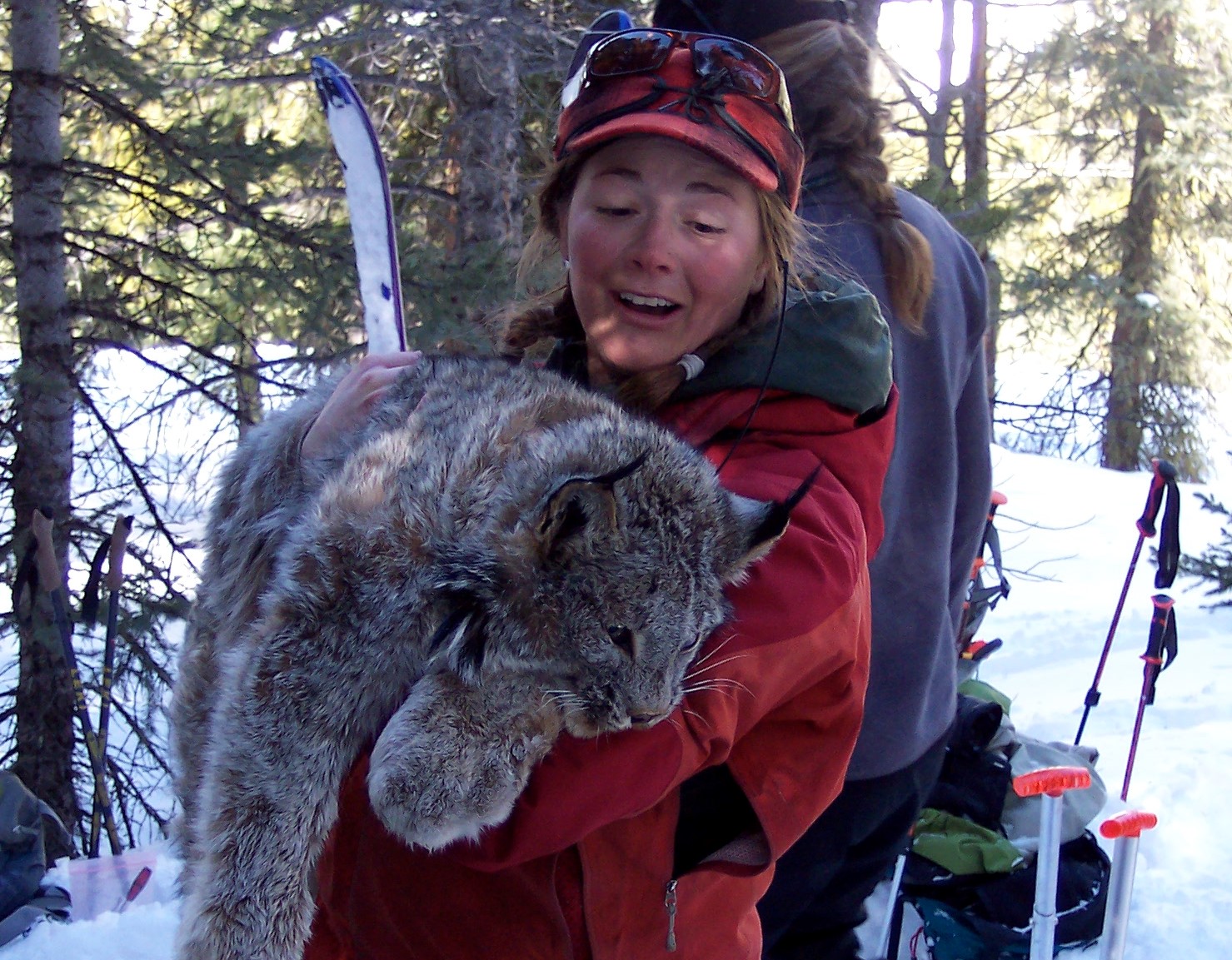 Sam is a Research Scientist at the Haub School of Environment and Natural Resources Her research is primarily focused on nutritional ecology of mule deer in western Wyoming.